DDoS attacks damage your applications. Not with us!

If you want to protect a website (HTTP or HTTPS) against DDOS attacks, we recommend to use additionally for the use of Layer 7 Protection for higher efficiency. A DDoS attack can be stopped by means of Layer 7 Protection, a DDoS attack can be detected and filtered much faster. In order to use the Layer 7 Protection protection, we have to deposit your SSL certificate. To do this, open a ticket in our web interface. During an attack, the server remains accessible and you can use your services normally. services normally. Non-relevant ports will be blocked as long as the attack lasts.

There are different types of DDoS (Distributed Denial of Service) attacks. Basically a DDoS is DDoS is understood to be a "denial of service", which is intentionally caused by a large number of of requests and thus leads to an overload of the data network or the server.

The most widespread of the Layer 7 attacks is HTTP flooding. In this case, an HTTP request is sent to the affected server and uses considerable resources, and although the number of number of packets is limited, they fully utilise all server resources and lead to a denial of service. denial of service.

Our game filters are the solution against complex UDP floods that target game and voice servers (e.g. Teamspeak). Teamspeak). The idea behind the gamefilter is to offload as much traffic as possible to the DDoS filter (basically the Edge) to always respond to certain amounts of traffic. The gamefilter was implemented for several portranges and helps to keep game servers online even in case of very complex attacks online.

The following port ranges have been implemented specifically for the operation of the following game servers:

In our web interface, even stricter filter profiles can also be activated for specific games.

While DDoS filters are active, you may notice the following effects, among others:

Nowadays, DDoS attacks in the gigabit range are no longer unusual. We effectively protect your server from attacks of any kind with the DDoS protection of combahton GmbH - harmful traffic is automatically detected and filtered, while legitimate traffic is allowed.

Either the sensor or permanent mode can be activated via our web interface. With these and many other functions, we offer you maximum flexibility and allow you to easily adapt the DDoS protection to your project!

Take it in hand!

We offer you many possibilities to take action against DDoS via our extensive web interface. With our free DDoS profiles you can optimise the protection for prefabricated games or programmes with just a few mouse clicks. Our experts have created these profiles so that the application is specifically protected.

In addition, you can independently view DDoS attacks and also make changes to the sensor mode. If you are a big target for DDoS attacks, we will be happy to create individual protection profiles adapted to your server via customer service. Feel free to contact us! 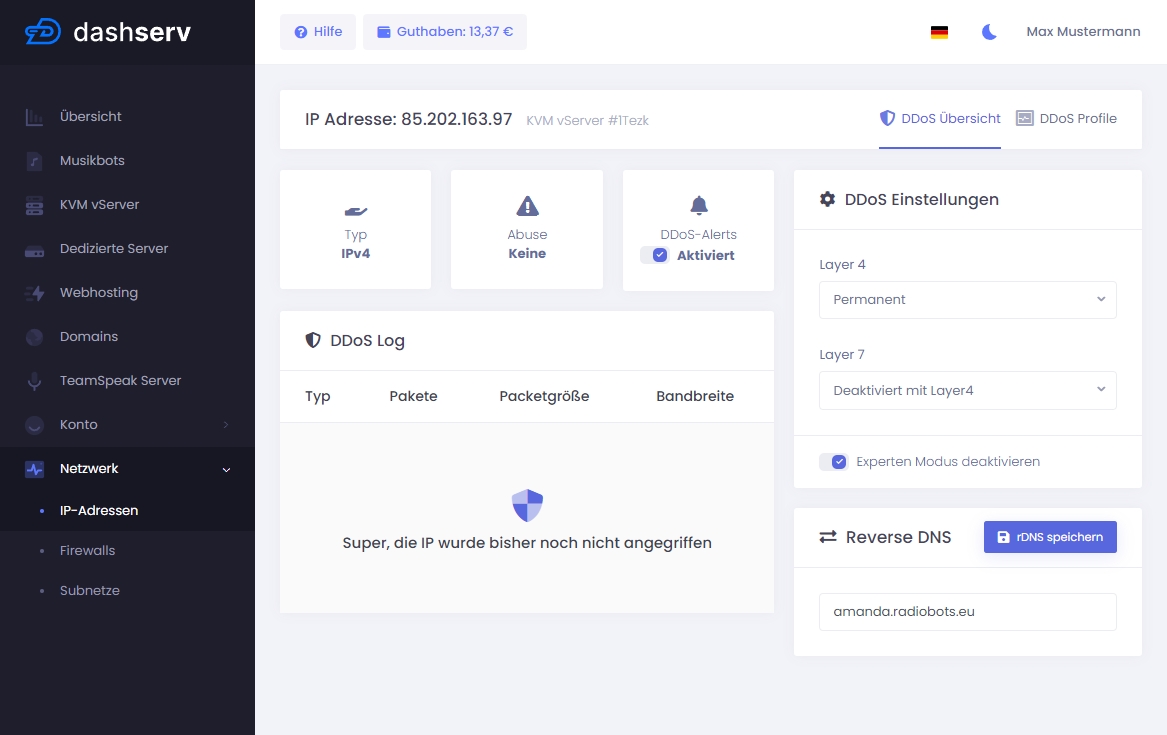 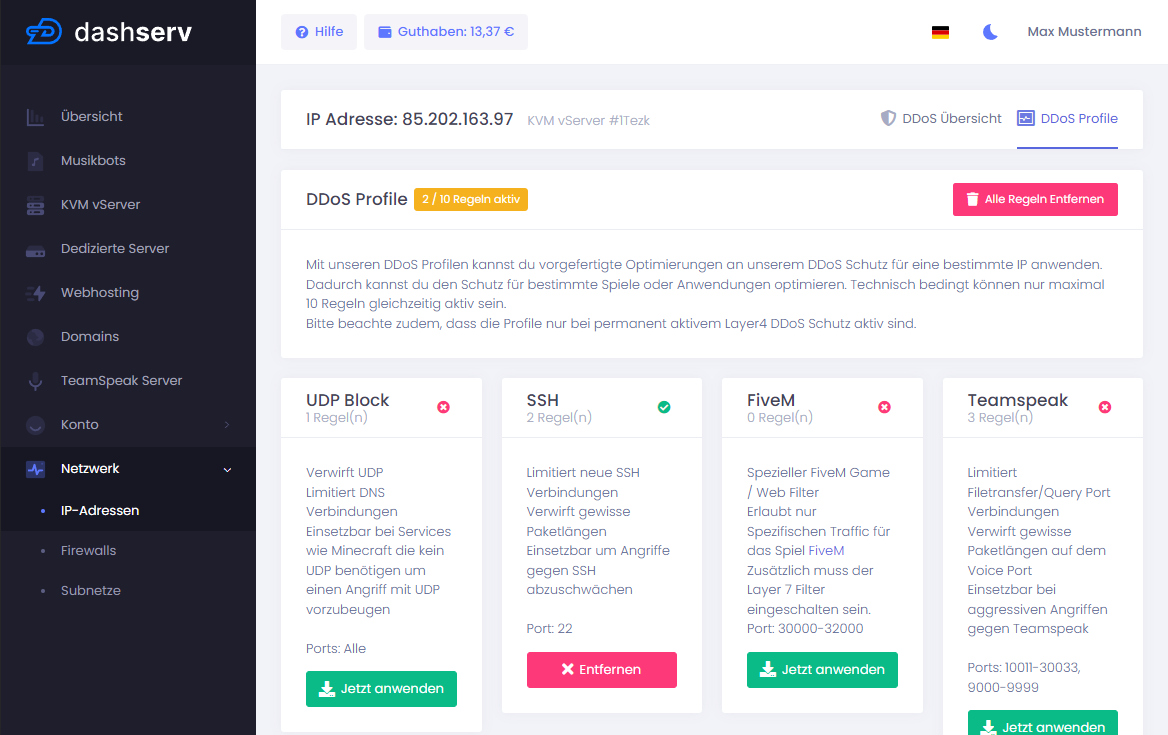 With many years of expertise, we can carry out our own optimisations to the DDoS protection for your server on request via our customer service. This ensures that your server is protected in the best possible way!

In our web interface, you can activate DDoS profiles yourself, which protect your server better depending on the application. We currently offer predefined profiles for some games and programmes.

Our network is connected to various internet providers with over 800 GBit/s, so that even very large DDoS attacks at distributed locations can be filtered - legitimate traffic is not restricted.